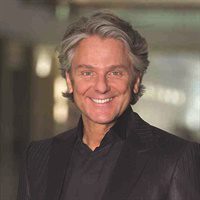 Paul Dykstra supported choral and keyboard activities at Temple Sholom of Chicago for more than 25 years. As a collaborative pianist, he has dedicated much of his career to exposing the world to the music lost in the Holocaust of World War II. He has performed as a special guest of the Singer Festival in Warsaw, Poland, debuting the chamber music of Miecyslaw Weinberg and other great Jewish composers.

As the Musical Director and Conductor of the Chicago-based Lira Singers and Founding Conductor of the Lira Symphony Orchestra, Dykstra spent more than 15 years bringing the opera and classical music of Poland to audiences throughout the United States. He conducted recordings and led performances with Lira at Chicago’s famed Symphony Center.